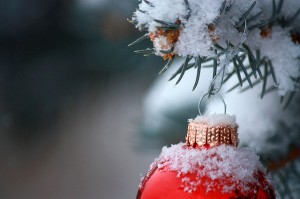 For those who are looking to visiting their loved ones, families, or taking a vacation during this year fall holiday season, during 2014 Thanksgiving and Christmas or New Year’s time frame, finding cheaper flights is crucial. Flight fares will be extremely high closer you get to the holiday. But, below are two different strategies that will get you savings on your holiday flights.

Last Thanksgiving and December 2013 time, we published over 3000 cheap flight fares from all major airlines. You could review them in our archive or expired deals section. These deals and their dates of publishing, purchase by date, travel dates, etc will give you a sense of historic trends and what to expect this year.

During these periods, from November 24th through December 8th, most airlines released big thanksgiving deals. These deals included flight fares that went as low as $40, but required tickets be purchased by Nov 25th for flights traveling around Christmas, Hanukkah and New Year holiday season.

Look through our expired deals posts (remember, they are expired from past year) and it will give you an idea of what you could expect to see this year. This is only our prediction and based on what we have seen in the past several years. Also, remember that each airline has specific destinations that they release deals for. For example, last year, we saw that Virgin Airlines kept releasing lot of deals around Los Angeles to Las Vegas for around $66.

We hope to publish such massive flight deals even this year. So stay tuned.

We wish you a safe holiday season!

Sally is a self made blogger, and passionate about travel and finding deals. More importantly, she loves to share her deal finding techniques with others. From working as a travel agent and then running her own business, she has over 2 decades experience in travel industry. She is an avid reader, and a loving mom. You can follow Sally on google plus at : Google+